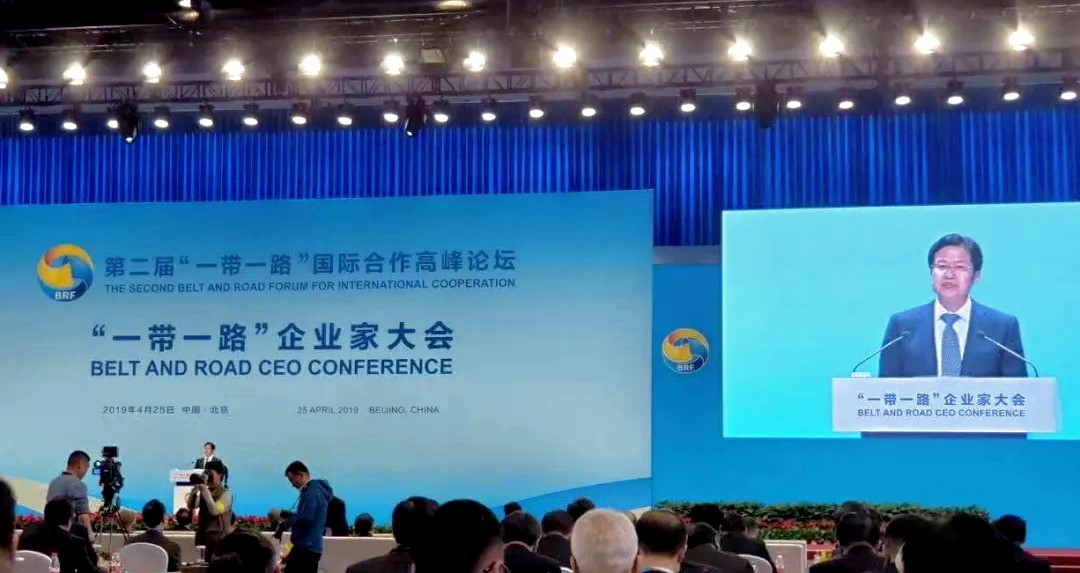 The Second Belt and Road Forum for International Cooperation


During the BRF, BGI Group signed a cooperation agreement with the Russian Direct Investment Fund (RDIF). The two sides will conduct in-depth discussions on mutually beneficial investment cooperation in the genomics industry to promote economic cooperation between China and Russia. Dr. Yang Huanming, Chairman of Board of BGI, and Mr. Kirill Dmitriev, CEO of the RDIF, witnessed the signing of the agreement. “The cooperation between the two sides will raise the level of Russia’s medical and genomic industry,” Mr. Dmitriev said, “and improve the quality of life of the Russian people.” 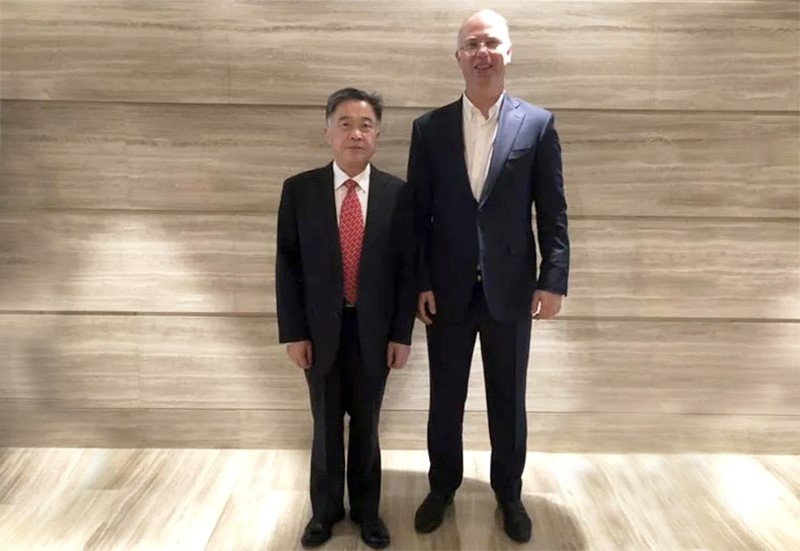 Dr. Yang Huanming, Chairman of Board of BGI and Mr. Dmitriev, RDIF CEO


At the signing ceremony BGI Group signed a cooperation agreement with the International Center for Biosaline Agriculture (ICBA). The two sides will jointly build a Desert Life Research Center in the UAE to assist agricultural research in extreme environments through genomics. Dr. Wang Ren, Senior Vice President of BGI Group, and Dr. Ismahane Elouafi, Director General of ICBA, witnessed the signing of the agreement. 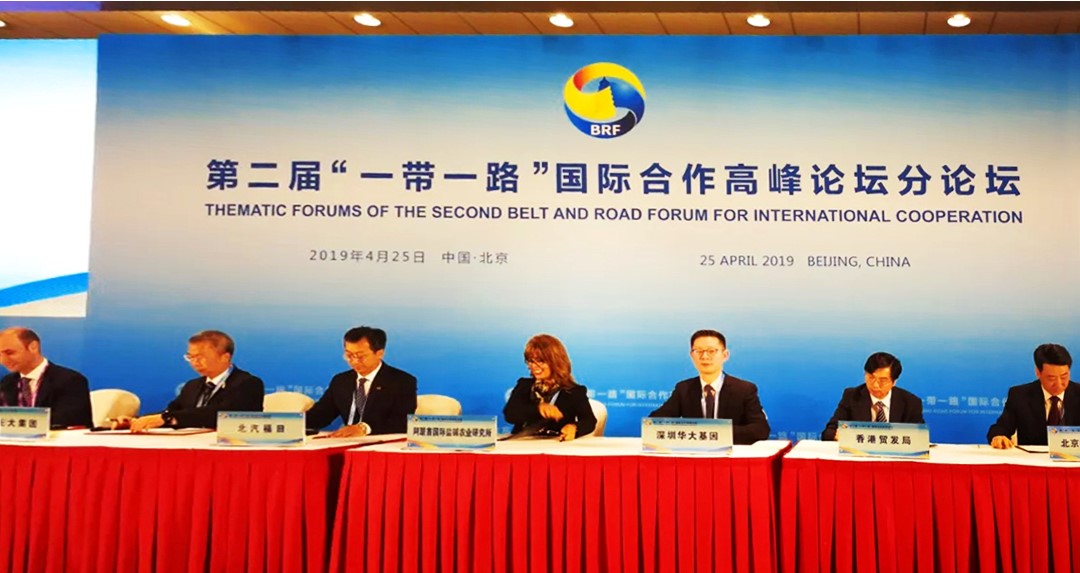 
At the BRF, Dr. Wang Ren and Director General Dr. Ismahane Elouafi spoke to the media, and jointly expounded the vision of using the genetic technology to build the Desert Life Research Center in the UAE. Dr. Wang Ren represented BGI in the second Belt and Road Forum for International Cooperation and interacted with the participating enterprises to jointly support the Belt and Road Initiative.


On the evening before the BRF, Dr. Wang Hongqi, Chief Business Officer of BGI Genomics, took part in the Global Business, a news program of China Global Television Network (CGTN) and gave an interview on BGI's participation in the BRF. “BGI is the world's largest genomics organization, with operations in more than 100 countries and regions around the world,” Dr. Wang Hongqi said during an interview, “BGI carries out international cooperation in precision medicine, agriculture, and scientific research to improve the health care and well-being of local people," he added. 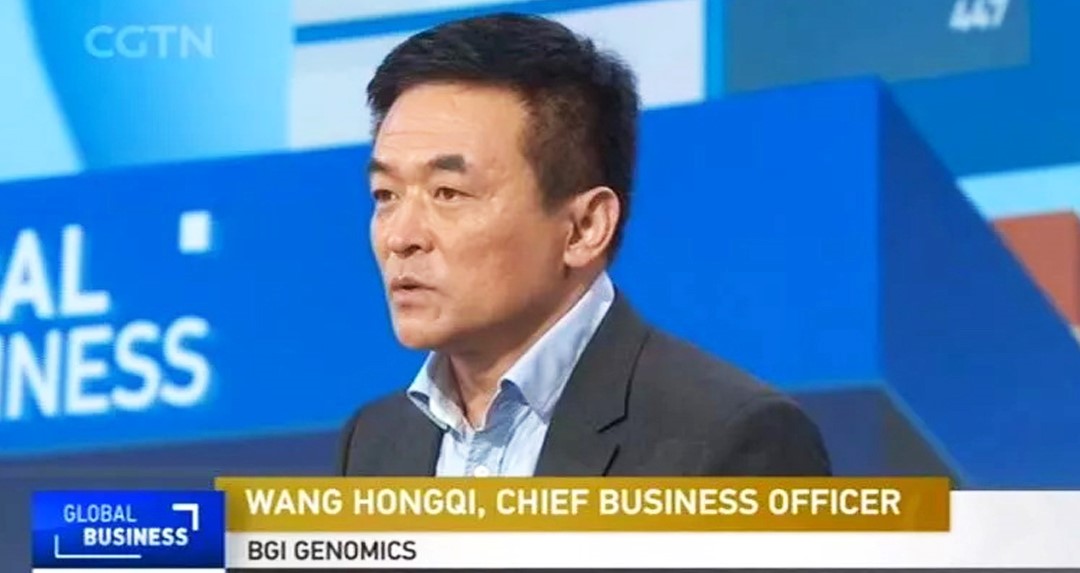 Dr. Wang Jian, Co-founder and President of BGI Group, was invited to attend in the first Belt and Road Forum for International Cooperation. “Belt and Road Initiative has brought important opportunities to countries and enterprises around the world,” Dr. Wang Jian said. “Adhering the vision of genomics to improve human health and benefit humanity, BGI is willing to support the prevention and control of public health, and to improve people’s well-being in countries along the route of Belt and Road, ” he further added.

Echoing the Belt and Road Initiative, BGI has leveraged its scientific research and industrial advantages to set up cooperation in healthcare services, science and technology services, high-end manufacturing, agriculture among other aspects of pragmatic cooperation with countries along the route of Belt and Road. BGI will continue to explore the opportunities to further strengthen cooperation and benefit more people around the globe with its advanced capabilities in life sciences, biotechnology, and gene technology.


About the Russian Direct Investment Fund:


The Russian Direct Investment Fund (RDIF) was created in 2011 under the leadership of the President and Prime Minister of Russia. With reserved capital of $10 billion under management, RDIF has invested over 1.5 trillion rubles. RDIF also attracted over $40 billion of foreign capital into the Russian economy through long-term strategic partnerships.


Established in 1999, ICBA is an international, non-profit agricultural research center. Originally focused on the problems of salinity and using saline water for irrigated agriculture. Currently, ICBA is working on a number of technology developments, including the use of conventional and non-conventional, water and land management technologies and remote sensing and modeling for climate change adaptation.


About Belt and Road Initiative:
The Belt and Road Initiative (BRI), a reference to the Silk Road Economic Belt and the 21st Century Maritime Silk Road, was initiated by China in 2013 with the aim of enhancing all-around connectivity through infrastructure construction, exploring new driving forces for world economic growth, and building a new platform for world economic cooperation.