The Olympics may be over but there will be plenty of memories, not least of Bing Dwen Dwen the cuddly panda awarded to winning athletes on the medals podium and the official mascot of Beijing 2022. 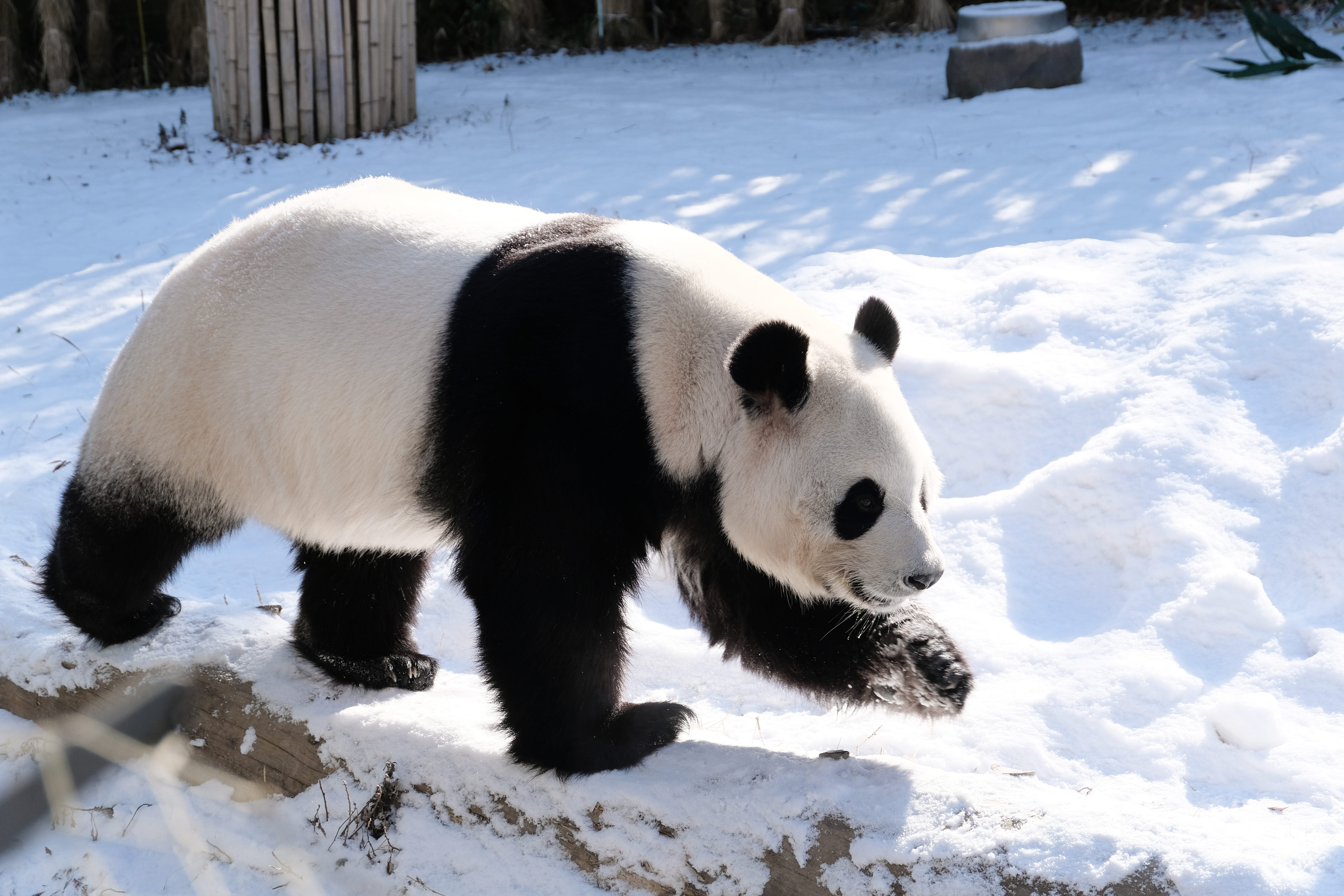 As the national animal of China, the giant panda has always attracted a lot of attention and not just at global sporting events. It is a favorite with visitors to zoos, has featured in numerous animated movies, and its consumption of bamboo is legendary.

Thanks to advancements in genomics, we know a tremendous amount about the giant panda. Bing Dwen Dwen’s ancestors date back more than 8 million years, and over that time developed from eating meat to eating bamboo (yes, giant pandas have not always eaten bamboo).

There are two main families of giant pandas, one is the Sichuan subspecies found in Sichuan, and the Qinling subspecies found in Shaanxi. Combined, the total number of the two families is more than 1,800. For many years giant pandas were considered as an endangered species, but through global captive-breeding programs their number has expanded and in the wild they have been conserved and protected by the designation of the Giant Panda National Park, covering 70% of the panda’s current habitat in Sichuan. 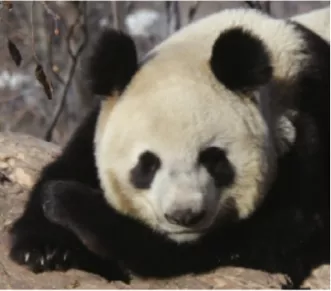 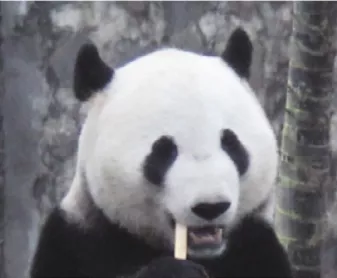 While scientists could only speculate the evolutionary research based on fossils, the development of genomics has revealed the mysteries of giant pandas by analyzing their genome.

In 2010, the secret of the giant panda genome sequence was unraveled and published in the British journal Nature. The research was led by Shenzhen BGI Life Sciences Research Institute (“BGI-Research”), and the genome sequencing samples used were taken from the mascot "Jingjing" of the 2008 Beijing Olympics. Through this study, scientists not only provide new insight into their genomic basis of giant pandas eating bamboo, but also clarified the relationship between pandas and their closest relatives, bears.

With the giant panda's genome as a reference, three years later, BGI-Research and a research team from the Institute of Zoology at the Chinese Academy of Sciences successfully reconstructed the population history of the giant panda. They found that global climate change is the main factor affecting the fluctuation of the giant panda population, while our human activities have also impacted them. The research results were published in the journal Nature Genetics.

In September 2021, BGI-Research, together with Zhejiang University and the China Giant Panda Conservation Research Center and other institutions, released the chromosome-level ultra-high-quality genomes of two giant panda subspecies Qinling and Sichuan in Science Bulletin. For the first time, the genome of the Qinling giant panda was reported. 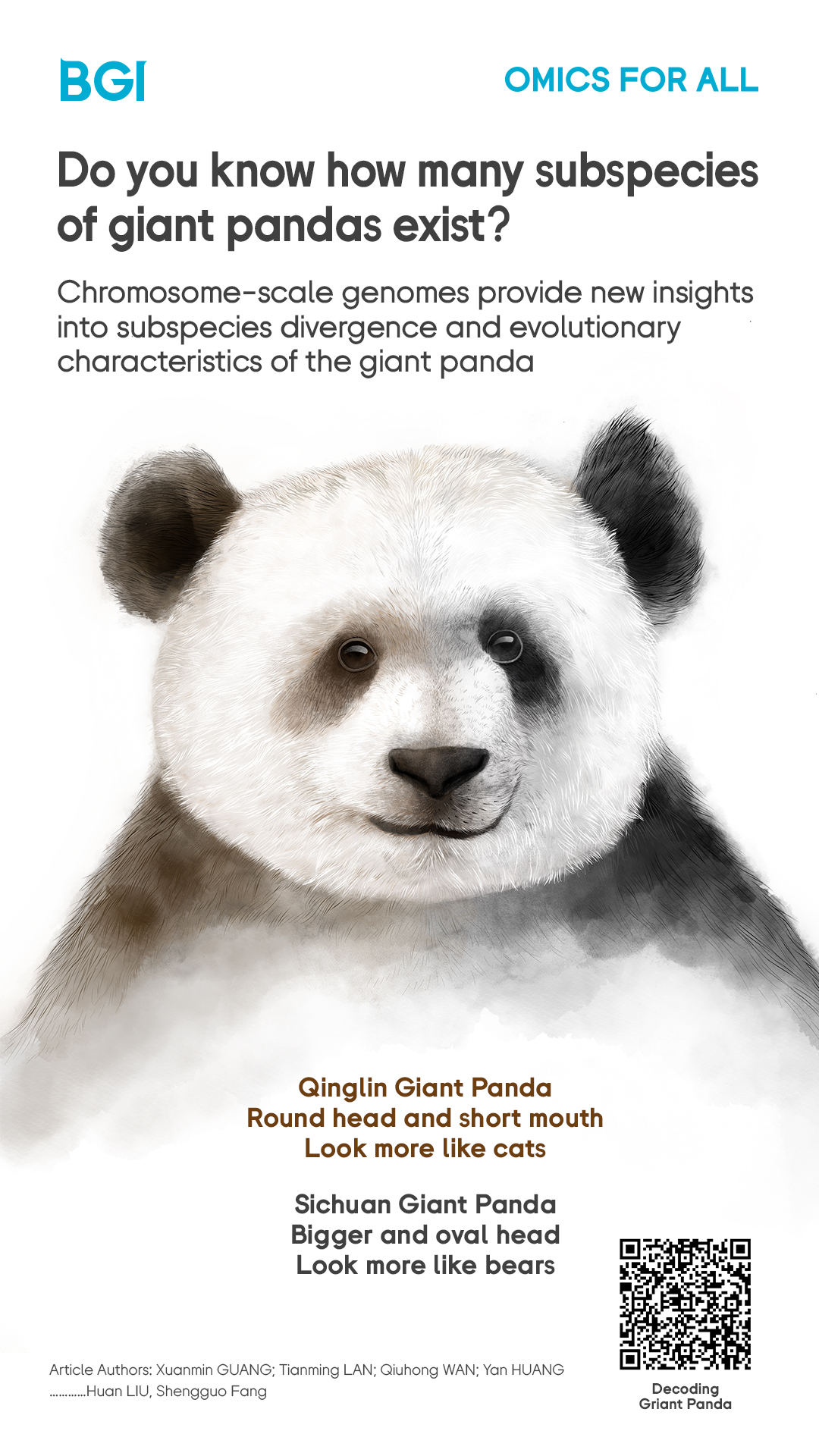 By comparing the genomes of the Qinling and Sichuan giant pandas, it was found that the siblings of the two families separated about 10,000 years ago. Some mutations in their genes were also found, causing their reproductive performance to decline relative to that of bears. To save more energy, the organ size of the giant panda is reduced in size when compared to other bears. By comparative genomic analysis, researchers also found that the hippo pathway may play important roles in controlling the reduced inner organ size of the giant panda.

Just like our humans, giant pandas also suffer from stomach-ache. Epidemiological studies have shown that ascariasis – parasitic worms -- is a common disease in giant pandas. In November 2021, BGI-Research and Northeast Forestry University jointly conducted an in-depth study of the genome of the giant panda roundworm to reveal the genetic basis to answer how these roundworms adapts the giant panda's stomach.

Researchers discovered that there are many genes in giant panda roundworms that can help them form thick skins, which help them escape from the powerful digestive system of giant pandas and are especially responsible for synthesizing many essential amino acids required by giant panda roundworms themselves. Through further analyzing the roundworm’s genes, scientists predicted more than 90 potential drug targets to help develop deworming drugs and cure giant pandas’ stomach pains. The related results were published in the journal Molecular Ecology Resources.

Currently, there are more than 600 giant pandas in captivity, and the wild population is constantly recovering. The endangered level of giant pandas has also been reduced from "endangered" to "vulnerable", which fully affirms the success of China’s protection of giant pandas and the support of countries around the world.

So, while the Olympic activities have ended, please don’t forget Bing Dwen Dwen and everything Bing Dwen Dwen symbolizes about giant pandas and their importance to China and the world.