On April 8th, a live video link connectedSerbia and three cities in China for a special online signing ceremony.

The Serbian government and BGI signed anagreement entrusting BGI to build two "Huo-Yan" (“Fire Eye”) COVID-19testing labs in Serbia, one in the capital city of Belgrade and another thesouthern city of Nis. The labs will add a combined daily testing capacity of3,000 to Serbia, which will significantly improve the detection capacity of theSARS-CoV-2 virus, and help Serbia fight the epidemic.

The Huo-Yan laboratory in Belgrade will bebuilt in the National Medical Center of Serbia. Construction has begun and theinstruments are being installed. The Serbian government will send a special charteredplane to China to carry BGI's experts and equipment. 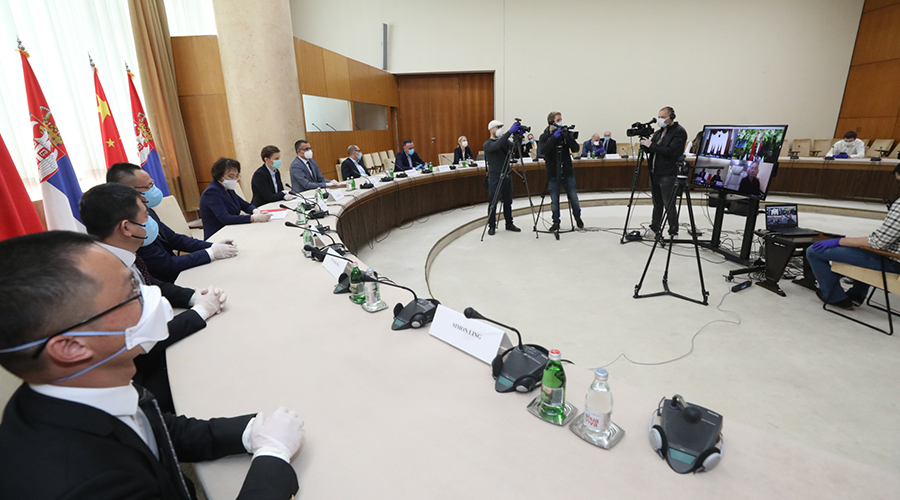 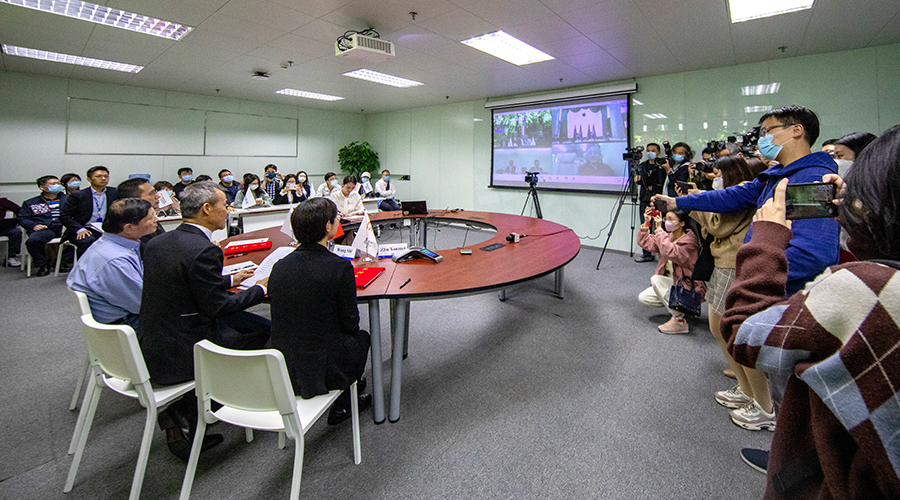 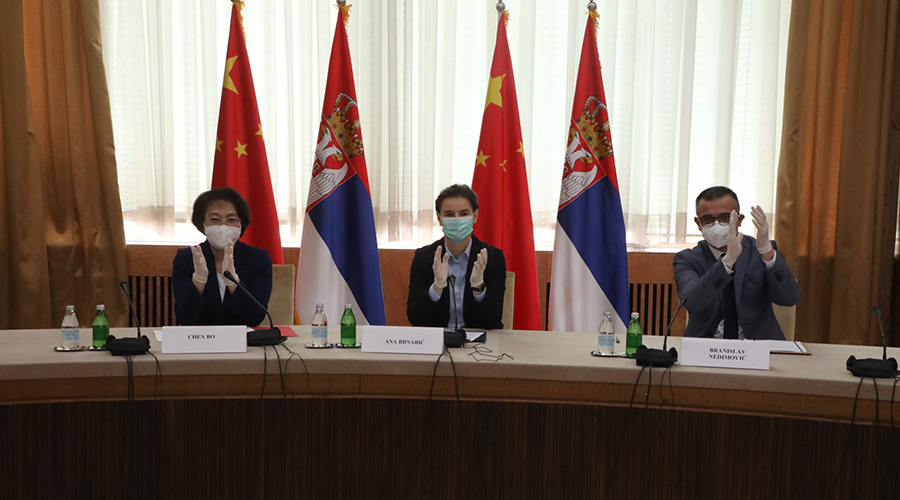 At the ceremony, Serbian Prime Minister Ana Brnabić said, "On behalf of the Serbian government, I would like tothank China for the friendship and selfless donation. I would like to thankChina, the Chinese people, and President Xi Jinping, the Chinese Embassy inSerbia, BGI and Mammoth Foundation, Tencent and Zijin Mining. Thank you foreverything you have done for the Serbian people at this difficult time. Fromthe first day of Serbia's fight against the epidemic, we have received supportand assistance from China in terms of valuable supplies, experts, technology,and experience. We can say that without the help of China, Serbia will not beable to overcome the epidemic. The two laboratories to be constructed this timewill be in Belgrade and Nis, with state-of-the-art technology, which willgreatly improve the detection capacity. They will play an important role infighting the epidemic, and contributing to the Serbian-Chinese friendship. Wesincerely invite Chinese friends to experience the love and gratitude of theSerbian people to the Chinese people after the epidemic.

Chen Bo, Chinese Ambassador to Serbia,said: "Thanks to the Serbian government and Prime Minister Brnabić for their trust in Chinese companies and Chinese technology. Andthanks to BGI, the Mammoth Foundation, Tencent, and Zijin Mining for theirefforts to promote friendship between the two countries. I am sure that theconstruction of these laboratories will strengthen the testing capacities andwill play a significant role in Serbia's fight against the virus. The embassywill help both the Serbian and Chinese sides to have these laboratoriesconstructed as soon as possible. I firmly believe that after the outbreak, BGI,Mammoth Foundation and Tencent will work with Serbian partners to find more newcooperation opportunities. " 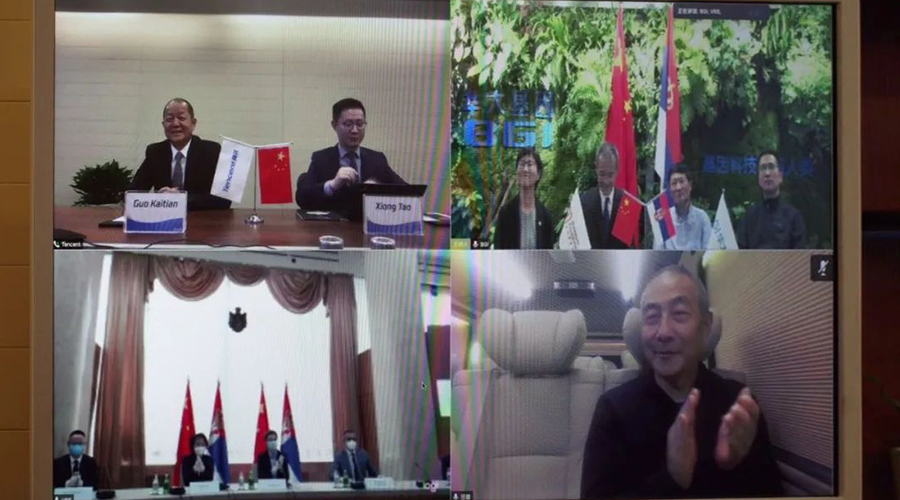 Wang Jian, co-founder and chairman of BGI, joinedthe online signing ceremony through video link. Wang Jian said, "From myexperience in Wuhan, virus detection is essential for the early control of theepidemic, which can effectively prevent delays in treatment and reduce publicpanic and social chaos. Cooperating with Serbia, we are very glad to build a high-throughputvirus detection platform, which will help Serbia prevent and control the epidemic."

"The Huo-Yan laboratory is anintegrated solution. In addition to SARS-CoV-2 detection technology, it canalso have antibody detection and high-throughput sequencing technology, used inconjunction with nucleic acid detection. Not only can the samples be screenedfor whether they are infected with viruses, but the lab can also effectivelypromote the research of virus tracking and monitoring of possiblemutations."

Wang Shi, co-chairman of BGI Group andexecutive chairman of the Mammoth Foundation, said, "We believe that theSerbian people will eventually overcome the epidemic, and we also believe thattoday's action is crucial. We build high-throughput virus testing laboratoriesto conduct more COVID-19 tests for Serbian people, so that asymptomatic people nolonger have to worry, and infected people could get the best treatment. "

Guo Kaitian, senior vice president ofTencent and chairman of the Tencent Charity Foundation, said, "It is anhonor for Tencent to do something to help Serbia with BGI and MammothFoundation. As a technology company, we have always insisted on Value for Users,Tech for Good, and we hope to help more people through the power of technology.At this difficult time, we meet through video conference, and we wish everyonehealth and safety. " Due to the epidemic, the ceremony was supported byTencent VooV videoconferencing. Zijin Mining also supports this laboratoryconstruction project through donations. 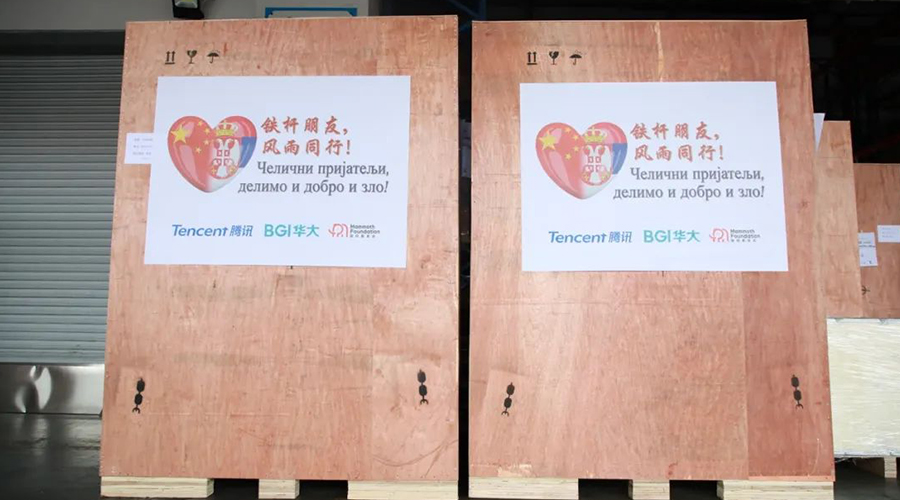 Nucleic acid testing is the gold standardfor diagnosis of COVID-19, recommended by the World Health Organization andChina's National Health Commission. The lack of laboratory testing capabilitiesis often the bottleneck that limits the efficiency of COVID-19 diagnosis. Inearly February, with the support of the Wuhan Municipal Government, BGI builtthe Huo-Yan laboratory in just five days, with a daily detection capacity of upto 20,000 tests, which contributed to the fight against the epidemic in Wuhan.In addition to Wuhan, Huo-Yan laboratories were put into operation more than 10cities in China. Recently, Huo-Yan laboratories were built and opened in the UnitedArab Emirates and Brunei, and the key equipment of the Huo-Yan laboratory wassent to labs in the United States and Sweden to help to scale up testingcapacity. BGI is discussing the construction of Huo-Yan laboratories withgovernments or partners in more than 10 countries. It is playing anincreasingly important role in the fight against the epidemic. 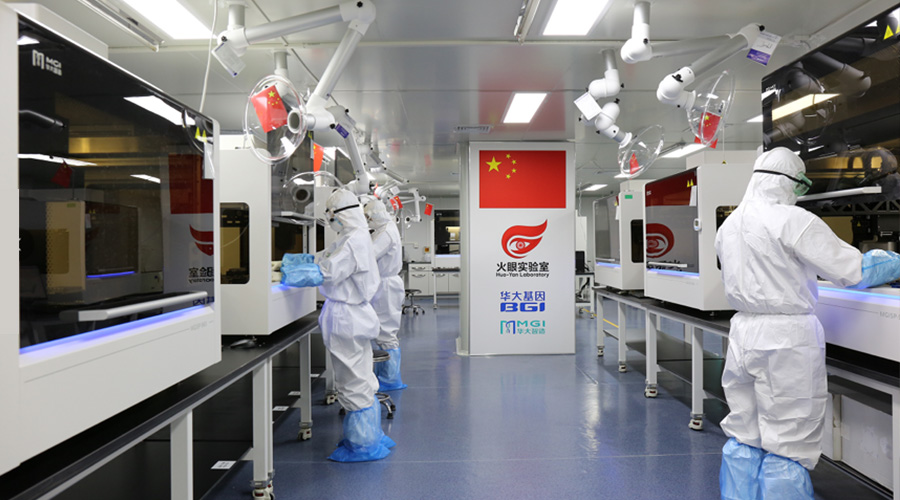 The first foreign supplies Serbia receivedto fight the epidemic were SARS-CoV-2 test kits developed and produced by BGI.On the night of March 15, a batch of BGI's SARS-CoV-2 test kits donated by theMammoth Foundation arrived in Serbia. Serbian President Vučić and Prime MinisterBrnabić issued an official statement on behalf ofthe Serbian government through the media, expressing heartfelt thanks to Chinaand the Chinese people, and highly affirming the BGI and the MammothFoundation. 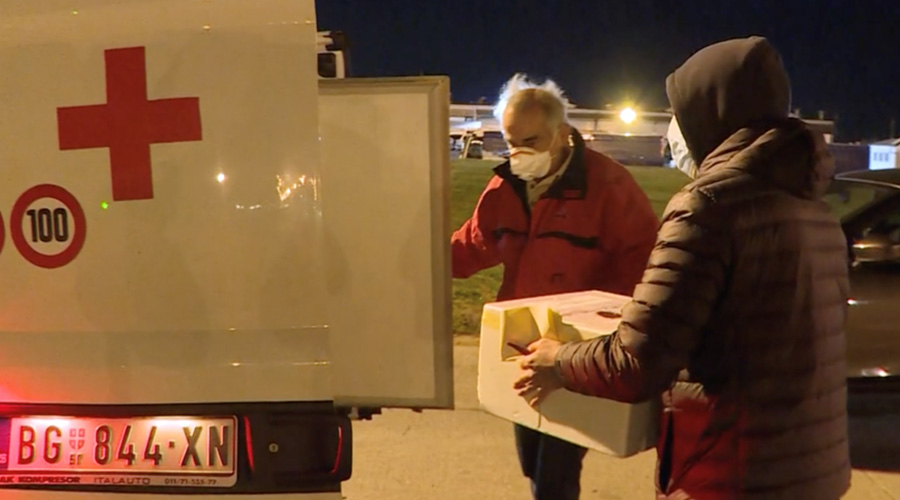 BGI’s Real-Time Fluorescent RT-PCR Kit forDetecting SARS-CoV-2was among the first batch of anti-epidemic products toreceive  China’s NMPA emergency approval.It was the first such test produced by a Chinese company to receive the US FDAEUA certification and Japan PMDA certification and has also obtained the EU CEIVD qualification.