An international research team led by BGI has created the world’s first body-wide single-cell transcriptome atlas of 222,526 cells across 20 tissues/organs of the domestic pig, providing better insights into the biomedical similarity, as well as differences, between pigs and humans, and advancing the applications of pigs in biomedical research. The study was published in Nature Communications. 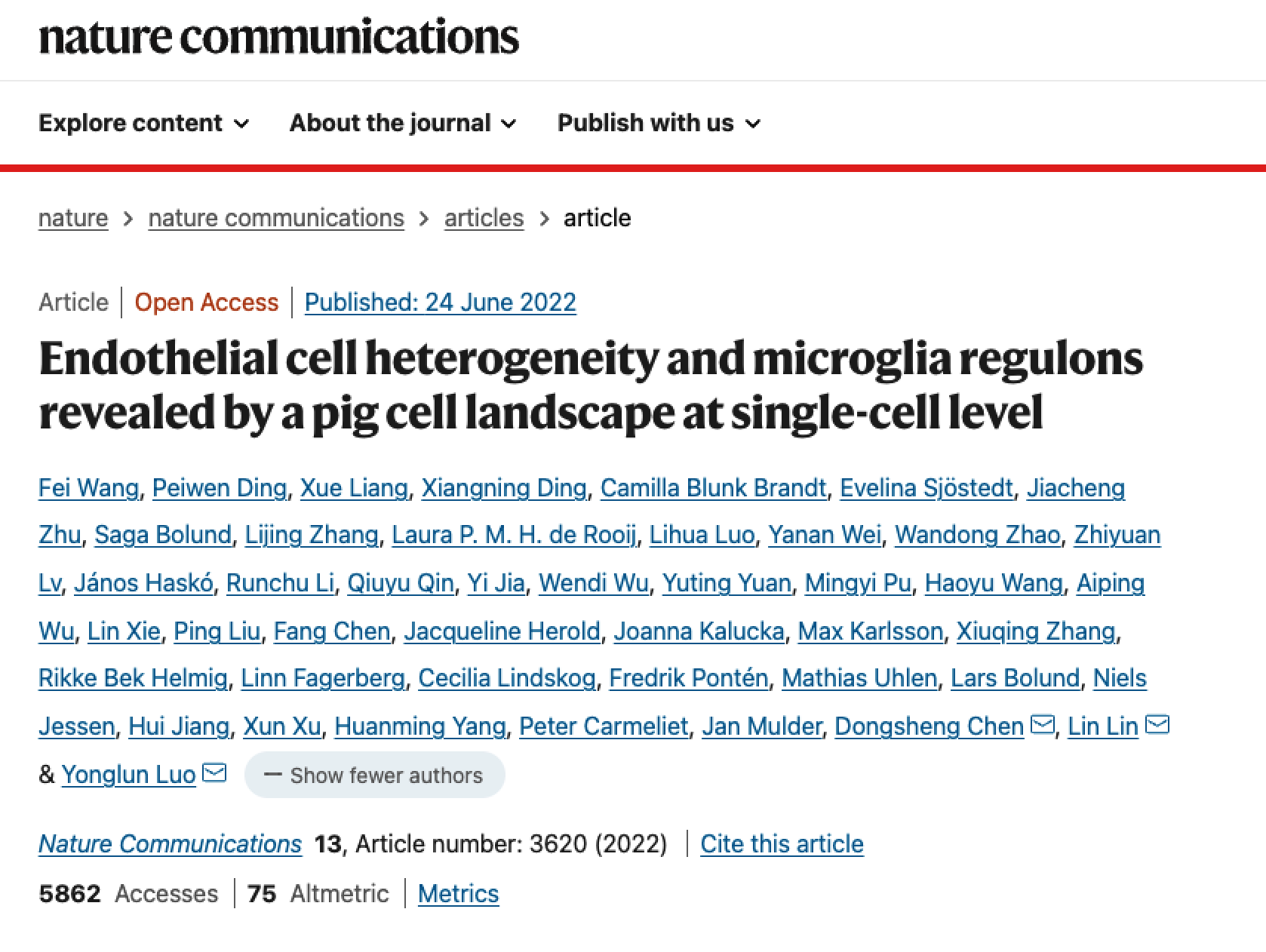 Pigs are valuable large animal models for biomedical and genetic research, as well as promising alternative organ donors for humans due to their high similarities with humans in physiology, anatomy, genetics, metabolism, and organ size.

The body-wide single-cell transcriptome atlas will enable scientists to gain insights into the similarities and differences in biomedical and cellular functions between pigs and humans. To this end, the mapping results have been made available through the open-source pig single-cell atlas database at Aarhus University, Denmark, for comparative scientific analyses and data exploration. 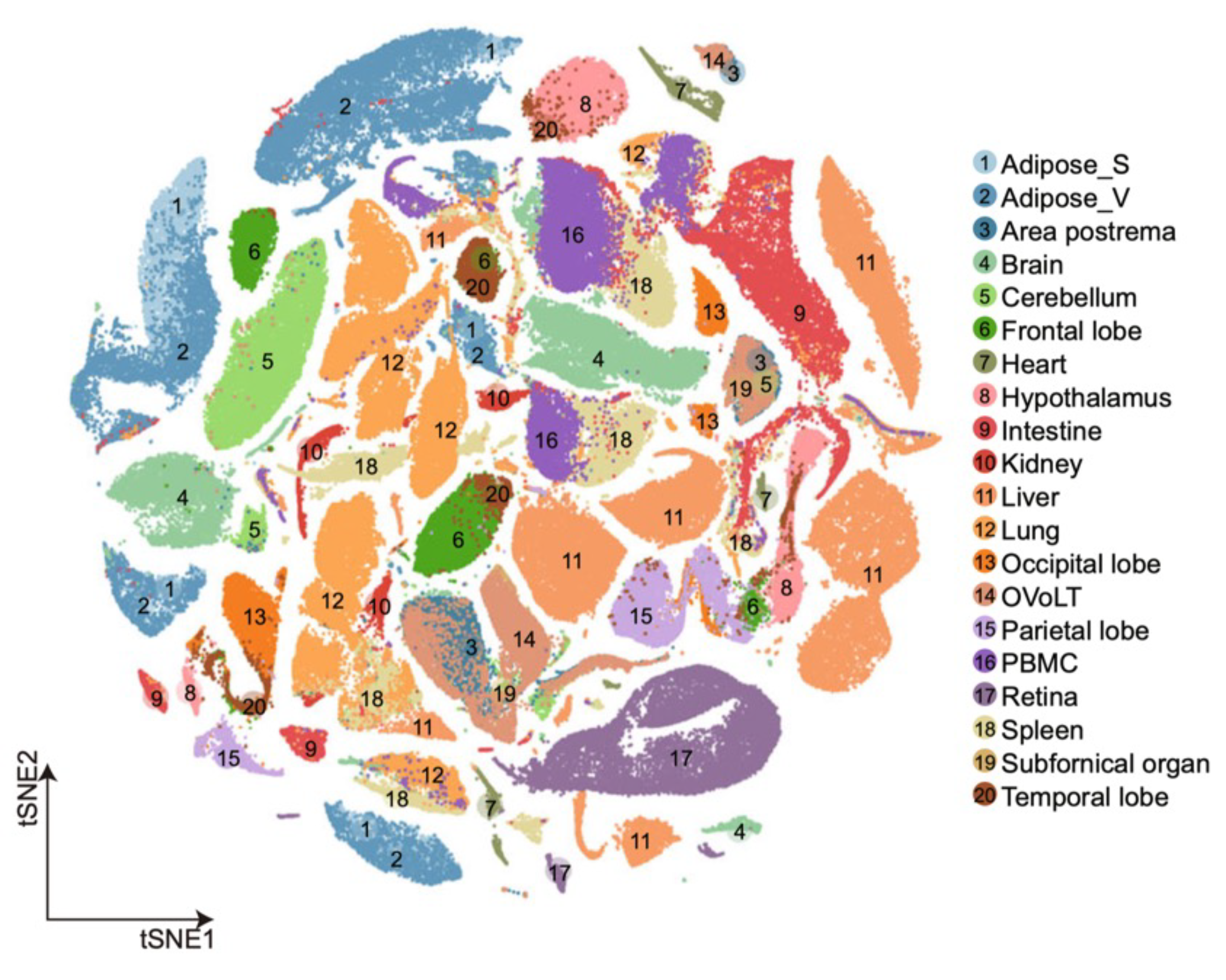 Visualization of 222,526 cells in 20 pig tissues/organs. Cells are color-coded according to the tissue origin.

“Our understanding of tissue and organ functions at a cellular level is being transformed by single cell technology,” explains Yonglun Luo, lead author of the study from BGI-Research. “In this study we identified 234 cell clusters, representing 58 major cell types, which explain tissue-specific and shared functions between the tissues and broadens our understanding of organ development and function.”

The international research team led by BGI included scientists from the Chinese Academy of Sciences, Aarhus University (Denmark), the Karolinska Institute (Sweden), Leuven Cancer Institute (Belgium), and others, The team identified the tissue-specific cell types and cross-tissue cell types such as vascular endothelial cells, immune cells, and microglia by analyzing brain regions and tissues at a single-cell level, and revealed the cellular compositions and heterogeneity of inter- and intra- organs, offering the opportunity to study overall organ development, physiology, and plasticity.

The landscape profiles of pig organs depicted the transcriptomic cellular heterogeneity in each tissue and expand the functions of cross-tissue cell types and rare cell-type identification, which offers an important resource for a better understanding of pig biology, xenotransplantation, evolution, development, and regenerative medicine research.