Shenzhen, July 19, 2022: An international team led by BGI-Research has shed new light on the evolutionary pathways that allowed some land animals to transition back into aquatic environments, particularly extremely cold ones such as the seas around Antarctica. The study was published today in Nature Communications. 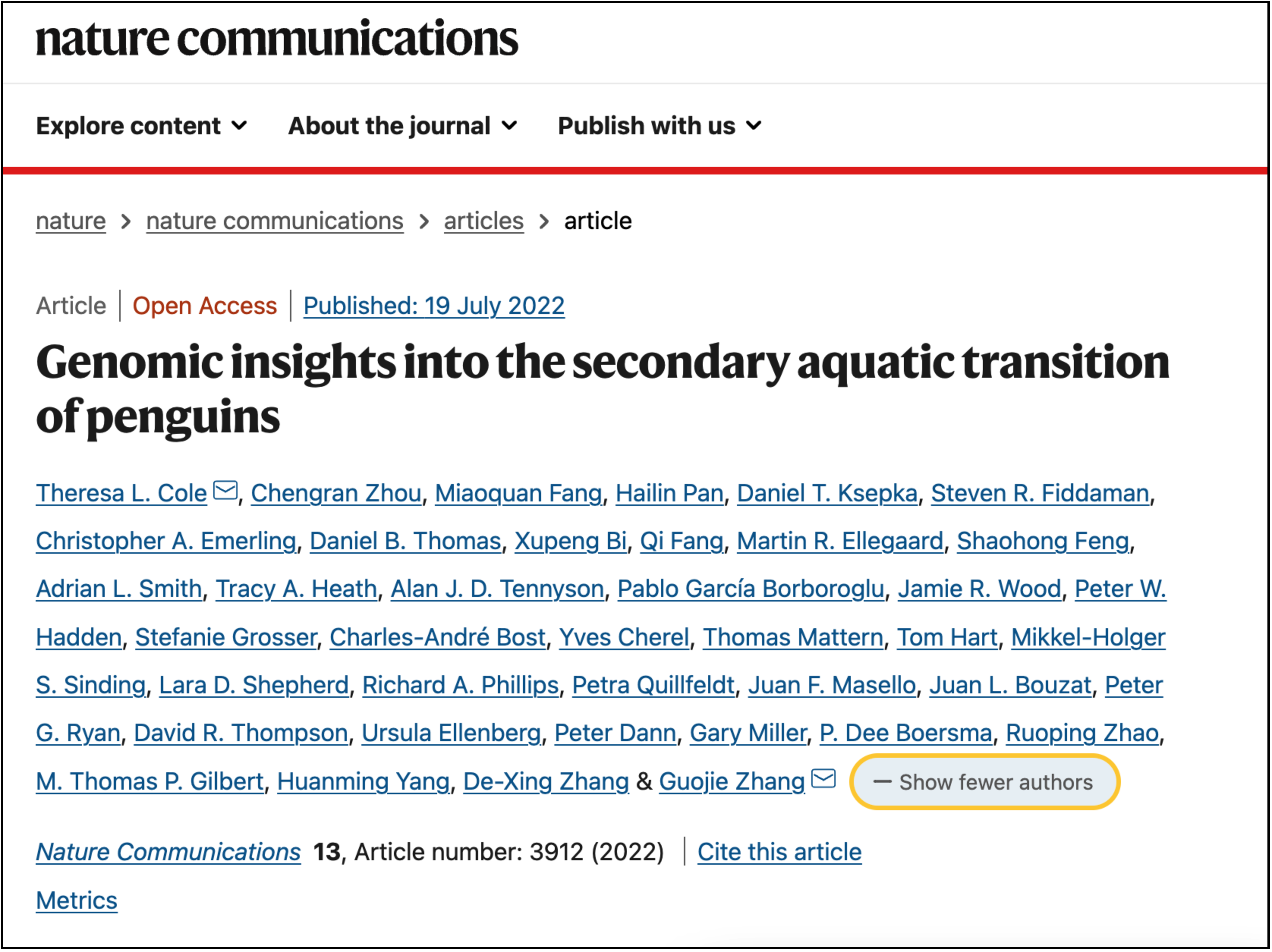 Genomic insights into the secondary aquatic transition of penguins published in Nature Communications.

Using genomes of all living and recently extinct penguin species, as well as morphology of long-extinct species, researchers reconstructed more than 60 million years of evolutionary history, aquatic ecology and population history of these highly specialized seabirds. 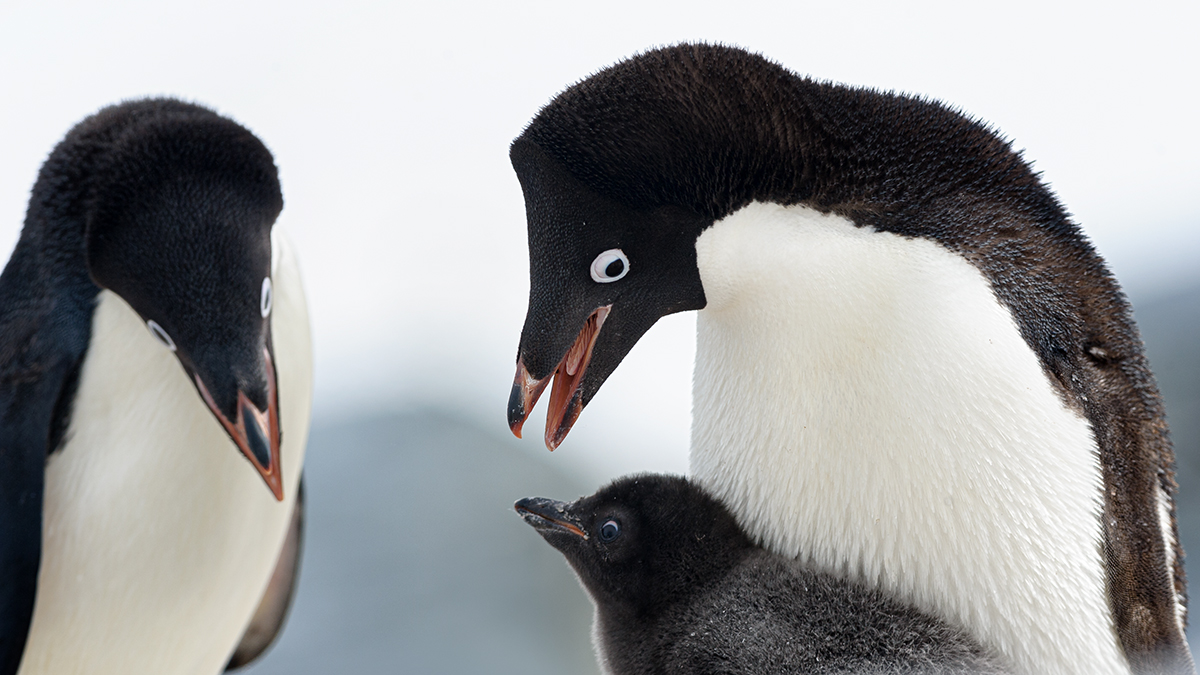 The study revolutionizes the world’s understanding of penguins, demonstrating they evolved a suite of morphological, physiological and behavioral traits allowing them to successfully exploit some of the most extreme environments on Earth, including Antarctica and the Southern Ocean. 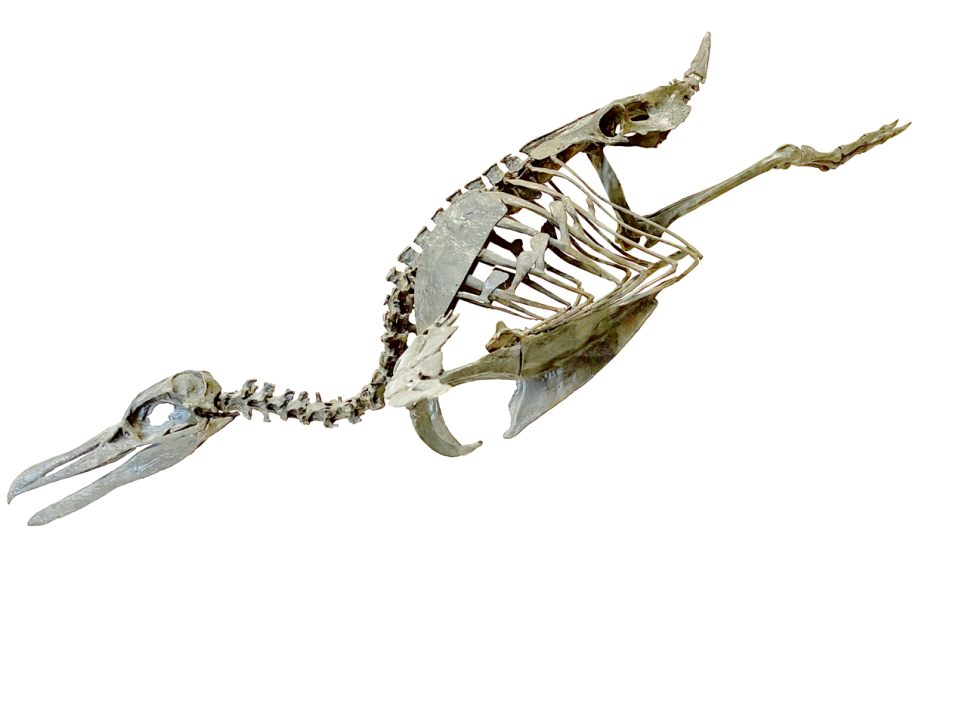 A model of the fossil Spheniscus megaramphus that lived five million years ago - an evidence of penguin evolution. (Photograph by Daniel Ksepka)

One of the key findings of the study is that global cooling and major ocean currents appear to have been the main drivers of penguin diversification and biogeographic patterns. Preserved in their genomes, signatures of population change and interbreeding between closely related penguin species, were consistent with species having contracted to refugia (locations supporting a reduced population) and then expanding to recolonize landmasses throughout the Southern Ocean, as global climates swung between cold and warm periods.

In addition, the study provided some unexpected results. Penguins and their sister group Procellariiformes (an order of seabirds comprising albatrosses and petrels), have the lowest evolutionary rates yet detected in birds. This finding may represent the culmination of a gradual slowdown associated with an increasingly aquatic lifestyle.

“These results suggest that the selective pressures of an extreme polar environment, together with past ice-age and warm period oscillations, drove the evolution, diversification, and dispersal of high latitude species, and may also have helped them adapt to the cold environments in return”. 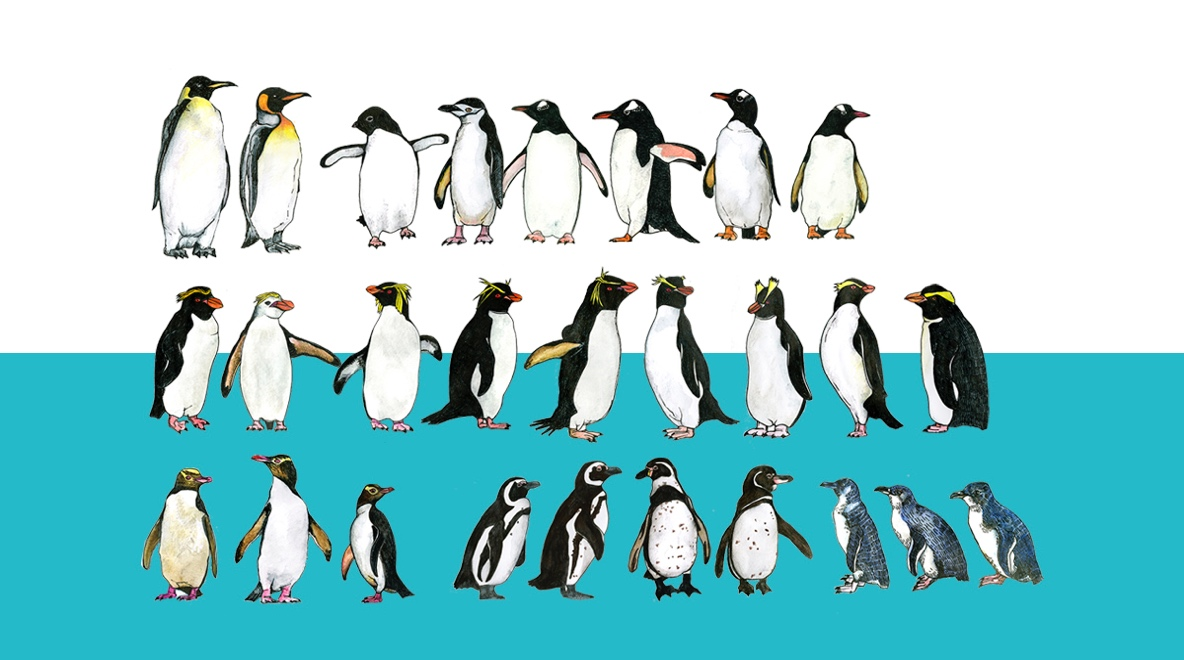 Penguin taxa whose genomes were analyzed, comprising all extant and recently extinct penguins. (Drawings of penguins by Theresa L. Cole)

Senior author of the study Professor Guojie Zhang, now the Chair Professor in Zhejiang University and Adjunct Professor at the University of Copenhagen said: “The genomes provided us with a unique opportunity to fully resolve the processes leading to penguin speciation and extinction events. These data also allow us to reveal the detailed evolutionary process of individual genes and the gene flows between lineages.” Among these were a suite of genes that likely underpin the highly specialized secondary aquatic adaptations seen in penguins today, including those related to thermoregulation, oxygenation, diving, vision, diet, immunity, and body size.

This major study helps resolve the enigma of how penguins transitioned from being terrestrial to marine birds, and how they have so successfully colonized some of the most extreme environments on Earth. But more questions about this ancient species, including whether future climate challenges will have a similar impact on penguins as those faced by their ancestors, call for future exploration.

The study is part of the international Bird Genome 10K (B10K) project which aims to sequence the genomes of all extant bird species. The completion of genomes sequencing of all penguin species, one of the 41 orders of modern bird species, represents an important step towards the accomplishment of the B10K project.

Ethical approval was received for this research.