September 2, Hangzhou – A multi-institute research team led by BGI-Research has used BGI Stereo-seq technology to construct the world first spatiotemporal cellular atlas of the axolotl (Ambystoma mexicanum) brain development and regeneration, revealing how a brain injury can heal itself. The study was published as part of the cover feature in the latest issue of Science. 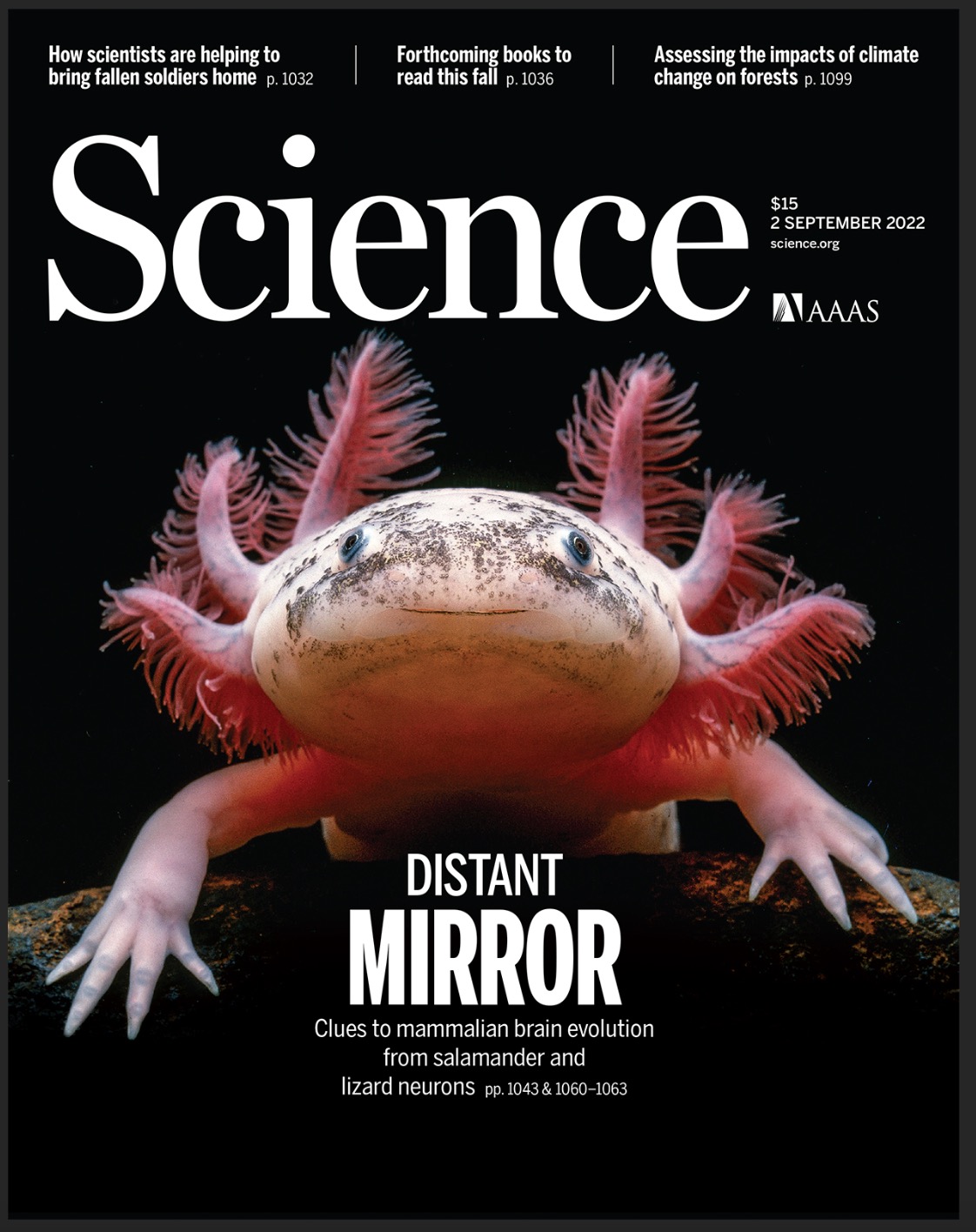 The research team analyzed the development and regeneration of salamander brain, identified the key neural stem cell subsets in the process of salamander brain regeneration, and described the reconstruction of damaged neurons by such stem cell subsets. At the same time, the team also found that brain regeneration and development have certain similarities, providing assistance for cognitive brain structure and development, and offering new directions for regenerative medicine research and treatment of the nervous system.

In contrast to mammals, some vertebrates have the ability to regenerate multiple organs, including parts of the central nervous system. Among them, the axolotl can not only regenerate organs such as limbs, tail, eyes, skin and liver, but also the brain. Axolotl is evolutionarily advanced compared to other teleost such as zebrafish and features a higher similarity to mammalian brain structure. Therefore, this study used axolotl as an ideal model organism for research into brain regeneration.

Previous research has only partially characterized which cells and pathways are involved in brain regeneration. In this study, researchers used BGI’s Stereo-seq technology to create a single-cell resolution spatiotemporal map of salamander brain development over six important developmental periods, showing the molecular characteristics of various neurons and dynamic changes in spatial distribution. Researchers found that neural stem cell subtypes located in the ventricular zone region in early stage of development are difficult to distinguish, but began to specialize with spatial regional characteristics from the adolescent stage. This discovery suggests different subtypes may undertake different functions during regeneration.

By sampling the brain at seven time points (2, 5, 10, 15, 20, 30 and 60 days) following an injury to the cortical area of the salamander brain, the researchers were able to analyze cell regeneration.

In the early stage of injury, new neural stem cell subtypes began to appear in the wound area, and partial tissue connections appeared in the injured area on day 15. On days 20 and 30, researchers observed that the wound had been filled with new tissues, but the cell composition was significantly different from the non-injured area. By day 60, the cell types and distribution had returned to the same status as the non-injured area. 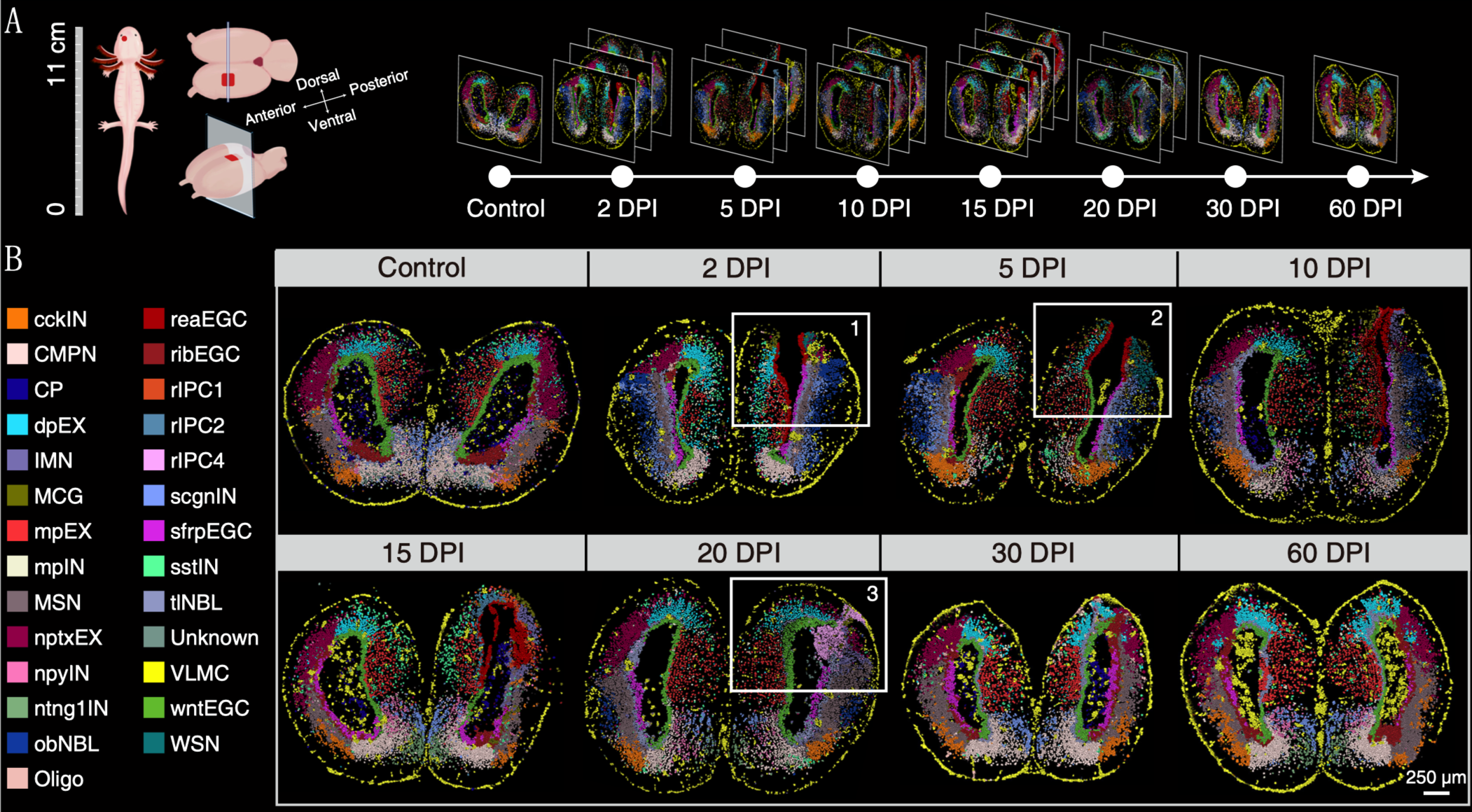 "Using axolotl as a model organism, we have identified key cell types in the process of brain regeneration. This discovery will provide new ideas and guidance for regenerative medicine in the mammalian nervous system," explained Dr. Ying Gu, joint corresponding author of the paper, Deputy Director of BGI-Research.

In just six months, BGI's research achievements in spatiotemporal omics and single-cell technology have been published in the three leading scientific journals "Cell", "Nature" and "Science" for four consecutive times.